Facts About the Linux Kernel

Exactly 16 years ago, on March 1994, Linux kernel version 1.0.0 was humbly released for the world to tinker with. To celebrate the historic moment, I have collected some really interesting facts about the Linux kernel. So if you are a Linux fan, grab a beer and read on. 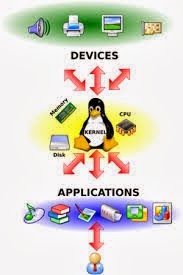