In the last few days, we’ve uncovered some major new features that Facebook is going to announce at its f8 developer conference, including its plan to offer a Like button for the entire Internet and a creepy auto-Connect feature that will share your data with sites you never signed up for. Now we’ve heard from multiple sources about a third major product the company plans to unveil: a persistent Facebook toolbar that third-party sites can integrate that sounds a whole lot like the Meebo Bar. 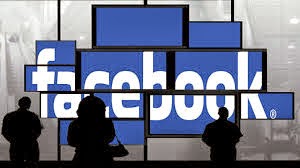 Details on Facebook’s toolbar are still scant, but we hear that it will rest at the bottom of the browser window using AJAXy technology, the way Meebo’s Bar does (and the way the chat bar previously integrated into Facebook.com did before it). We can expect the Facebook bar to include sharing features and chat, just like the Meebo Bar. It’s unclear if Facebook will be launching its bar with advertising but we can almost certainly expect it to come eventually.

These three new features — a webwide Like button, auto-Connect, and a persistent toolbar — make it abundantly clear that Facebook is looking to extend its reach to as much of the web as possible, and it won’t be an opt-in experience. Instead, Facebook is looking to become a ubiquitous, integrated feature of these sites — a sort of backbone for the web designed to facilitate sharing with friends. With everything leading back to Facebook.